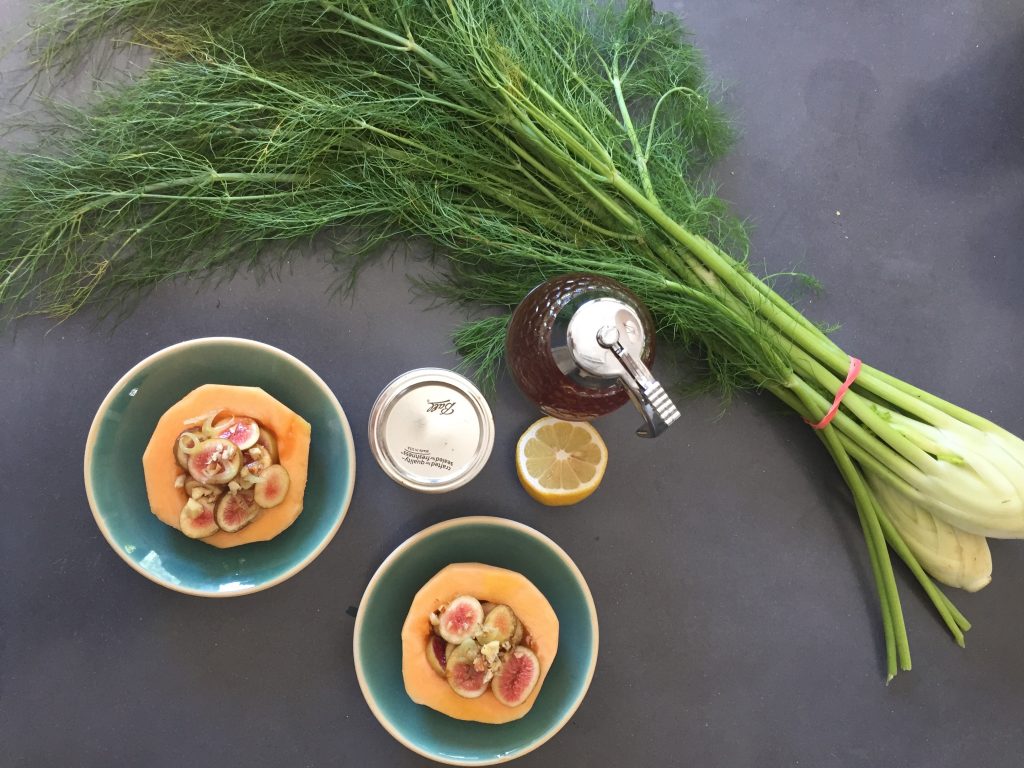 Summer brings so many AMAZING flavors – tomatoes, corn, berries, okra … omg so much! But the first week I find figs at the farmer’s market, I tend to go a little crazy with them (last year wound up with chia-fig preserves, yummmm).

AND, they tend to come in right at the same time as the best cantaloupe – the tasty kind that reminds me of the ones you get in Italy – bursting with natural sweetness. These simple ingredients, plus a bit of thinly sliced fennel, chopped fresh almonds, and a bit of citrusy dressing, made for an amazing salad/dessert (yeah, it could be either) I’m excited to share!

For the bowls:
– One small cantaloupe – peeled and cut in half
– About a pint of figs – cleaned, trimmed, and cut in slices
– A bit of thinly sliced fennel – the white part (OK to leave out if you don’t have any or don’t like fennel, but adds to the flavor depth)
– Handful of raw, unsalted almonds – chopped pretty finely, but roughly

For the dressing:
– Few tablespoons of olive oil
– Tablespoon of honey
– Juice from half a lemon
– Pinch of salt
– Pepper, to taste (can be added later)

To assemble: take the halves of the cantaloupe and cut a thin slice at the bottom to help them sit evenly on a plate. Fill with the sliced figs. Sprinkle with the thinly sliced fennel and top with the chopped almonds. At least a half hour before serving, mix the dressing, shake to combine, then pour into the cantaloupe bowls. Serve at room temperature (this holds well).

Making it your own: If you’re serving this for dessert, you may want to amp up the sweetness by adding a bit more honey – as a salad, you could use even less. As I noted, I love the fennel because of the unexpected layer of flavor, but feel free to leave out if you don’t like it. And, experiment! This recipe would also work well with mint, basil, thinly sliced green onion, just as starter ideas. A bit of arugula would be fun, for a spicy bite. 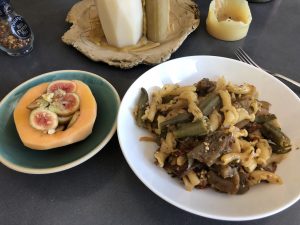 Serve as a side salad with ratatouille pasta! 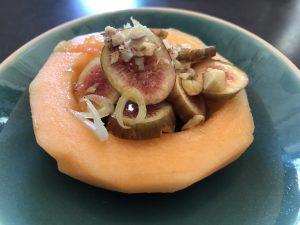 This is a treat for your eyes as well as your body! 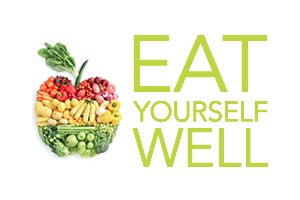 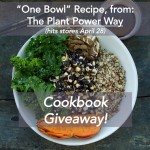 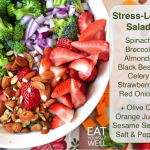 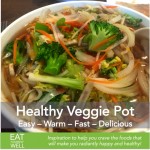 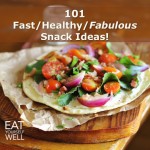 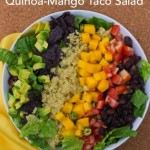 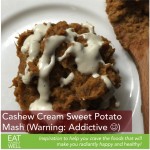